What else evokes romance that is quite like moonlight? I speak not simply of love or lust, but also the quicksilver beauty of everything the Goddess touches.

She works her spell, reviving the mystery and magic of life. Just as the Sun nourishes and energizes, the Moon soothes and sparks our dreams.

No wonder the lake prince adores her. Which does beg the question, does she love him in return, or, just herself in his mirror?

“A lake is a landscape’s most beautiful and expressive feature. It is Earth’s eye; looking into which the beholder measures the depth of his own nature.”  ~ Henry David Thoreau, Walden

“Yes: I am a dreamer. For a dreamer is one who can only find his way by moonlight, and his punishment is that he sees the dawn before the rest of the world.” ~ Oscar Wilde

“But Paris was a very old city and we were young and nothing was simple there, not even poverty, nor sudden money, nor the moonlight, nor right and wrong nor the breathing of someone who lay beside you in the moonlight.” ~ Ernest Hemingway

“Man is the candle light and a woman is the moonlight. They live far away but can grow together during lonesome nights. ” ~ Santosh Kalwar

“I’ll come to thee by moonlight, though hell should bar the way.” ~ Alfred Noyes

“She would be half a planet away, floating in a turquoise sea, dancing by moonlight to flamenco guitar.” ~ Janet Fitch 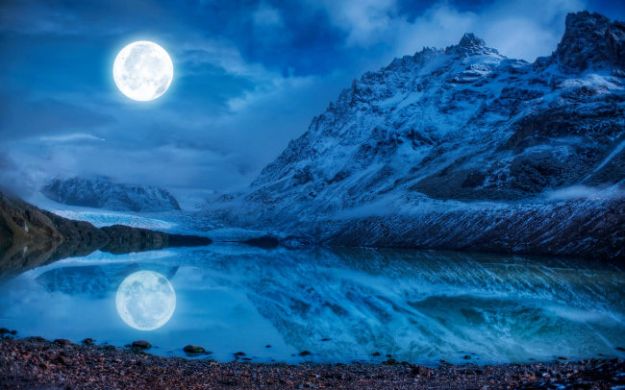